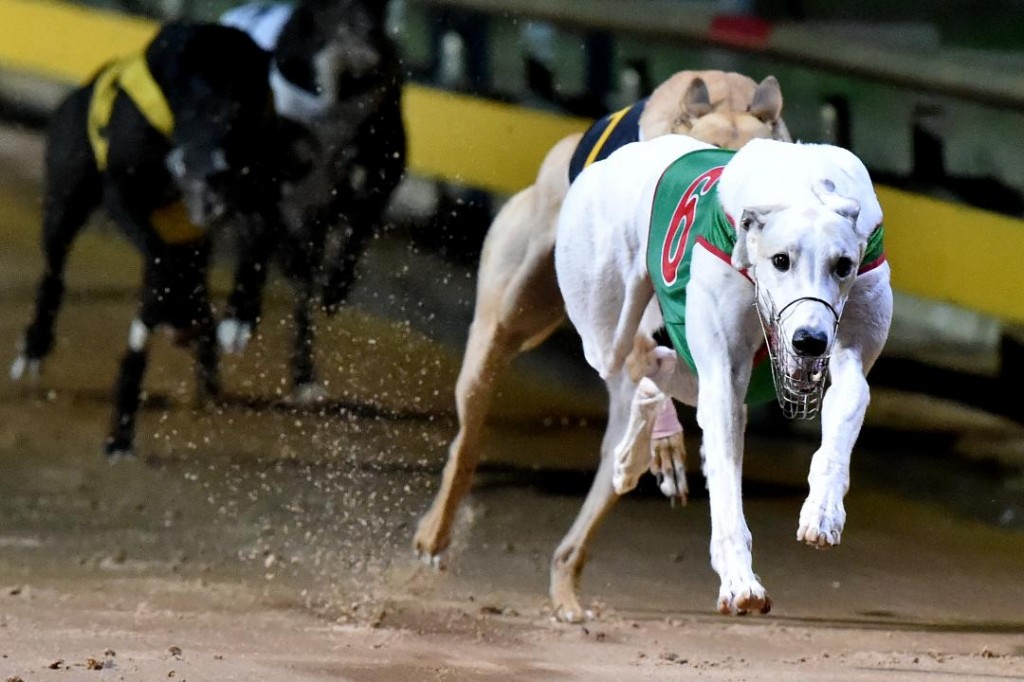 While 2018 is not yet one month old, Poke The Bear’s Traralgon Cup triumph was the second Group success in the New Year for trainer Seona Thompson and owner/breeders Darren and his father Michael Puleio and their high-flying Fernando Bale – Nicki Fields litter.

Poke The Bear was first reserve for the Group 1 Silver Chief at The Meadows on January 5, won by his litter brother Out Of Range.
“We’ve been waiting 15 years for this,” a delighted Michael Puleio said.

“I was very confident about his chances tonight, even if no one else was. Once he got into second place I knew he’d win. He’s the best in the litter.”

Despite drawing box six for the Traralgon Cup, which was brought forward from Saturday under GRV’s Hot Weather Policy, Poke The Bear started $2.60 favourite, having won his previous three starts, including a 30.30sec heat win.

Local hope Monster Fish ($7.70), one of two finalists trained by Kate Gorman, was able to cross to the front from box seven, but Poke The Bear also carved across to move ominously into second soon after rounding the first turn.

Monster Fish retained a slender lead turning for home, but was claimed soon after by the strong-finishing Poke The Bear, which drew clear to score by 1.57 lengths in a fast 30.03sec, his fourth straight victory and 13th from 19 overall, with the $47,000 winner’s purse swelling his earnings past the $100,000 mark.

“Like dad (Michael) said, it has been a long time coming,” Darren Puleio said.

“We’ve been breeding for a while now and we always try to do the right thing by our pups.

“To get one really good dog isn’t easy, but this litter has produced two Group winners already and they’re only two years old. We are blessed.

“Poke The Bear will head to the Cranbourne Cup next. He has run 29.88sec there so with a bit of luck we expect him to go very well.”
While Cranbourne is next on the agenda for Poke The Bear, Silver Chief hero Out Of Range, the winner of nine from 14, will be striving to continue a huge Australia Day weekend for connections on Saturday night when he heads to Sydney for the heats of the National Derby at Wentworth Park.

Earlier in the night, William McMahon prepared a family trifecta in the $7500 to-the-winner GRV Vic Bred Maiden Series Final, with Demand A Panda defeating litter and kennel mates Annasay and Marcello in 30.86sec, with just .57 of a length separating the trio. 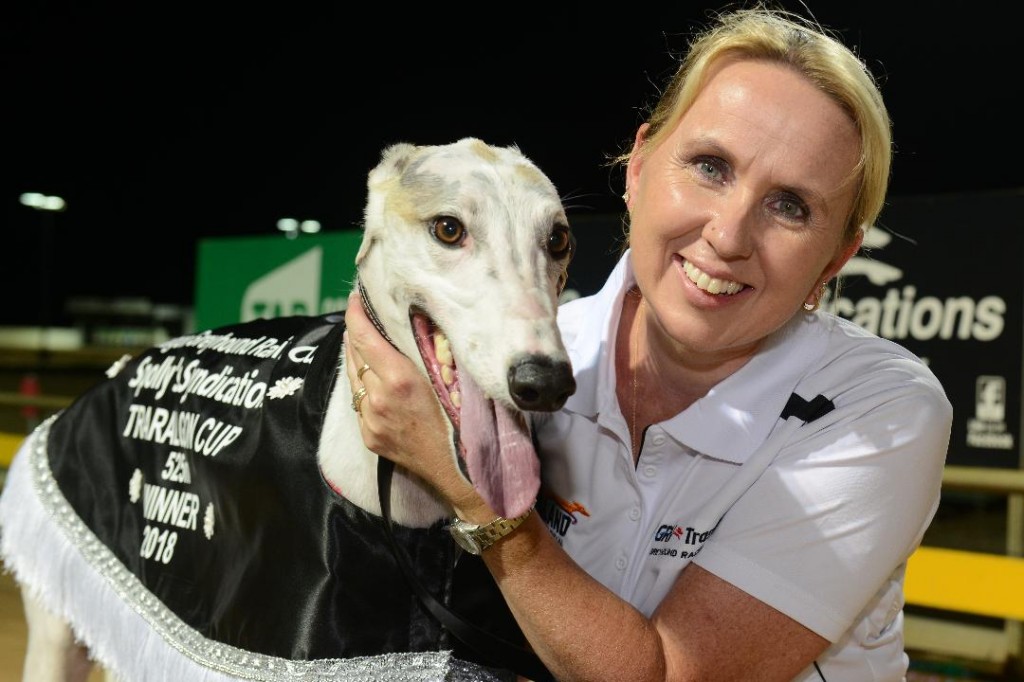 Poke The Bear with Seona Thompson. 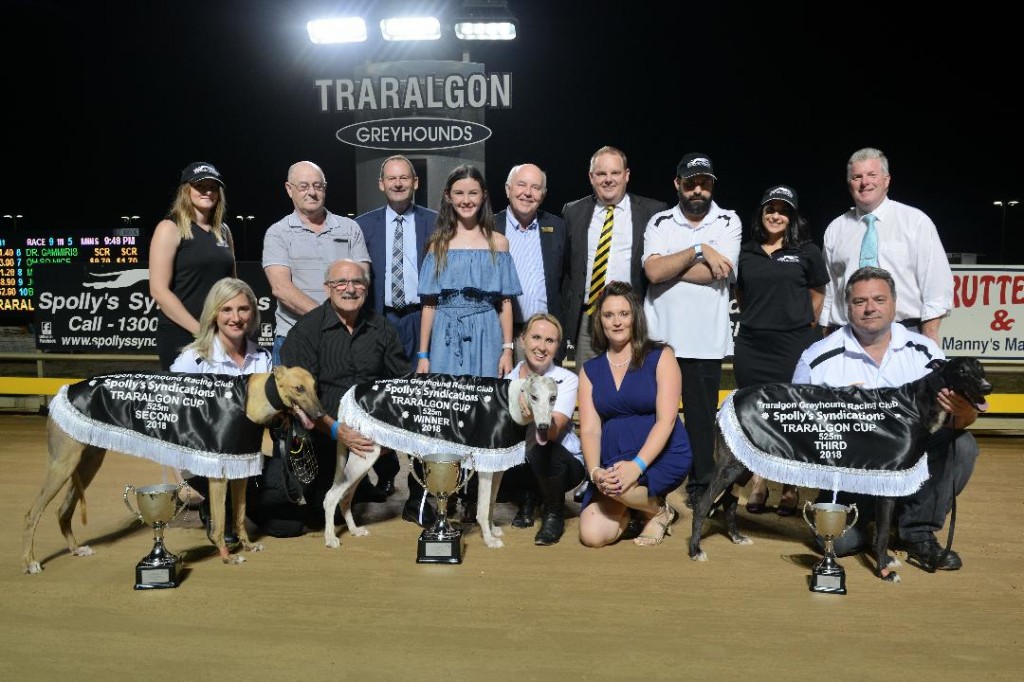 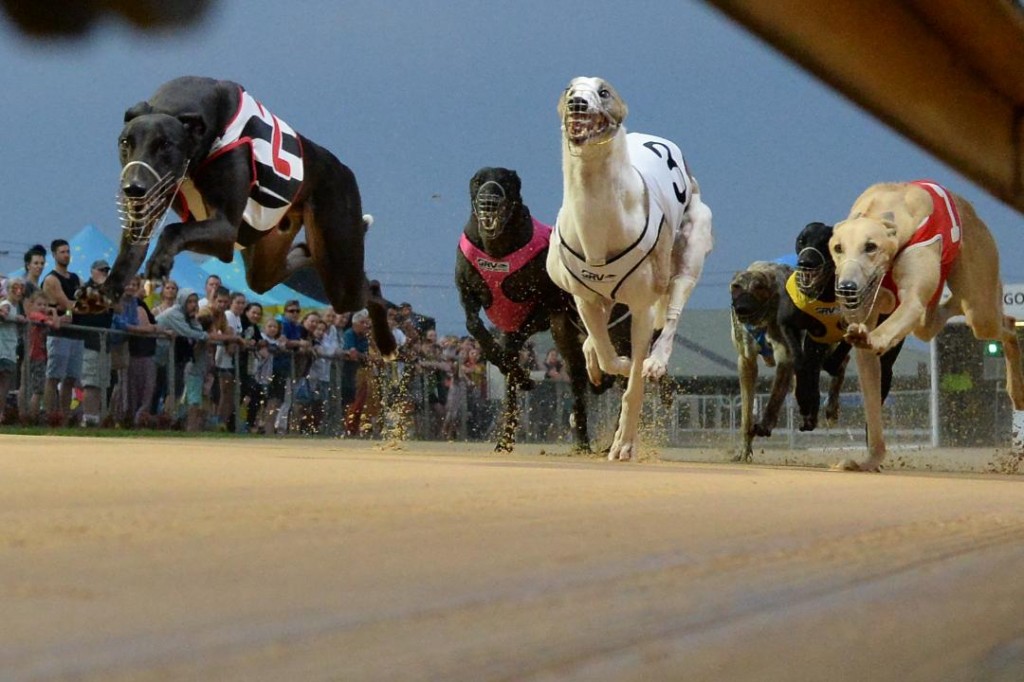 *This article was compiled by Gerard Guthrie and Andrew Copley. Images by Clint Anderson.