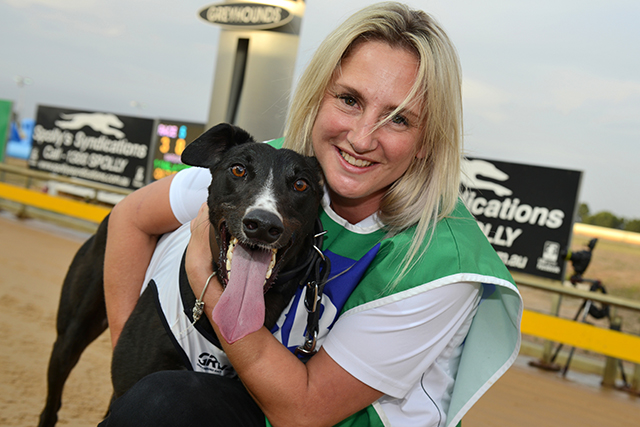 “I’ve never had a finalist in a group race, so to have two make the Traralgon Cup is unbelievable,” Kate Gorman said. “I’ve had a million text messages from people and haven’t had a chance to reply to any of them yet.”

The past two Traralgon Cups have been won by local stars Pantera Nera (2016) and Jesaulenko (2017), while five of the eight finalists in the 2018 final are trained in the Gippsland region.
Gorman’s pair aside, the other Gippsland contenders are Mi Blue Day, trained by Brian Alford (Yarram), Tuggeragh, who is prepared by Steven White (Buln Buln East) and Tito Mojito, trained by Michael Giles (Tanjil South).

“Michael Giles is Matthew’s uncle, so three of the finalists are trained in the family,” Gorman said. “I would love it if one of the local dogs wins again, whether it is one of ours or one of the other Gippsland greyhounds.”

Gorman said both her greyhounds were genuine chances to win the Traralgon Cup.

“I think Monster Fish will win a big race one day, and Ice Cool Kaedyn is underrated (he won his heat at the huge odds of $21.50).”

“I took them both down to Tasmania for the Devonport Cup heats earlier this month and while I was pretty disheartened that they both ran unplaced in their heats they seem to have come back to Victoria a lot more mature. Maybe it was the travelling, I’m not sure, but I just think they are now ready to live up to their early potential.”

Ice Cool Kaedyn, a winner of eight races from 29 starts, has drawn Box 1 in the Traralgon Cup, while Monster Fish, who has won nine from 23, will line up from Box 7.

Entry into Friday night’s Traralgon Cup is free, with a host of free entertainment for the whole family including Turbo’s Trackside Corner for kids.