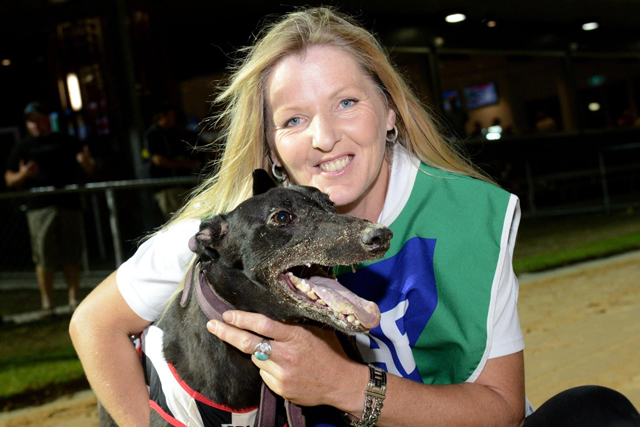 
Nambrok greyhound trainer Ben Divirglio and his partner Lyn Smith have a contender in Traralgon’s biggest race of the year but they have been just as excited to see the crowds develop throughout the Gippsland Carnival believing it’s just another opportunity for the public see just how amazing greyhounds are.

And amazing is certainly one way to describe their star greyhound Fabregal, an $8.50 Traralgon Cup chance after drawing the coveted box one in the Group Two $67,000 final on Saturday night.

Fabregal is a winner of a staggering 34 races from 59 starts, which has also seen her finish second or third on 19 occasions.

A daughter of the mighty Fabregas, who was only unplaced once in his career, Fabregal has the breeding of a champion which is just one of the reasons she has recently made the move to the rich pickings of Victoria having spent most of her career racing in her home state of South Australia.

“Fabregal is already an established greyhound interstate which will put her in good stead for the harder competition in Victoria,” co-trainer Ben Divirgilio said.

Fabregal’s first run for Divirgilio and Smith was in the Traralgon Cup heats last night Saturday night which saw her finish second behind Extreme Magic, who subsequently broke the track record over the 525 metres.

“We were so happy with her run. Although beaten, she still recorded the second fastest time among the four heats, which is a great advantage heading into the Traralgon Cup.”

“Box one is a huge benefit and she ran the quickest sectionals out of all the heats which indicates she could lead again, but there are a few very strong dogs in this final including Extreme Magic, of course.”

Divirgilo believes that despite getting run down by Extreme Magic after clearly leading in their heat, Fabregal is well suited to Traralgon’s 525 metre distance.

On Saturday night Fabregal will line up in her sixth group race final, and if successful the $47,000 first prize will take her career earnings beyond $200,000. 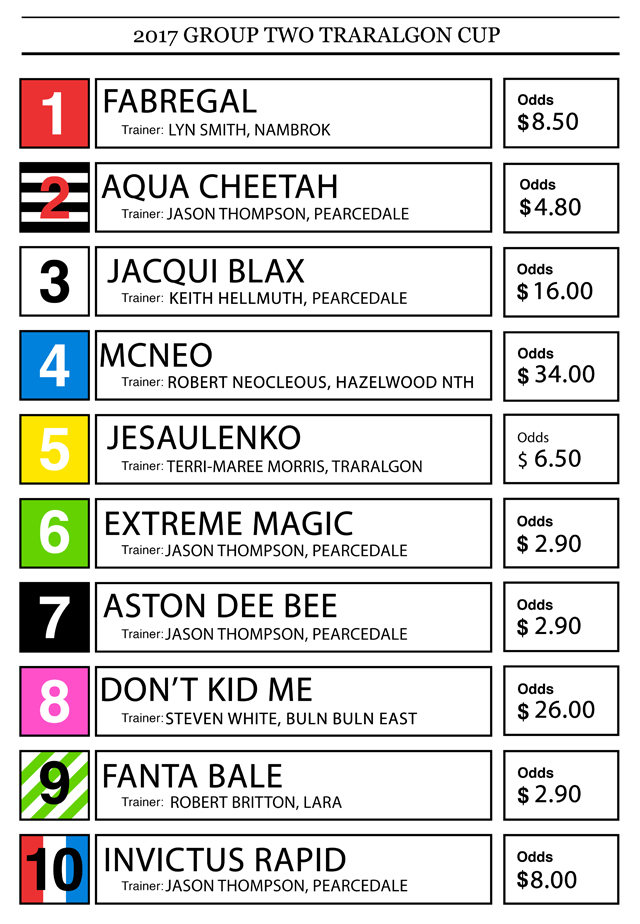