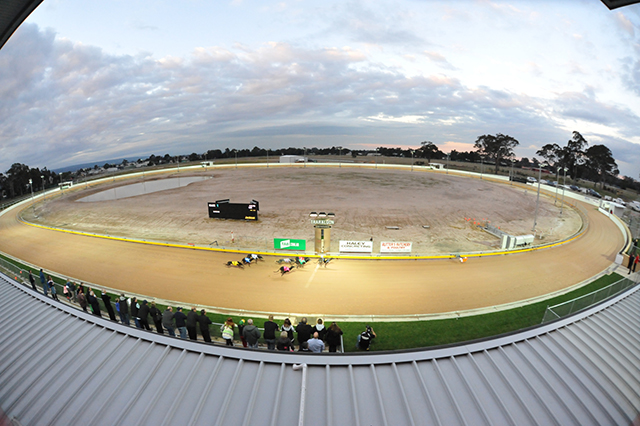 
Plenty of stories emanated out of Saturday’s much-anticipated reopening of the Traralgon Greyhound Racing Club.

Organisers made sure the first race on the new track was won by a local by conducting a heat of the New Track Challenge, which was restricted to trainers in the local region, and it was the Terri Morris-trained Jesaulenko winning easily to the delight of favourite backers and fans of the Carlton Football Club.
.
“Jesaulenko – You Beauty!”
.
In more good news for locals, Mick Fearnley, whose association with Traralgon greyhound racing dates back to the 1980s in a variety of roles including lure driver, bookmaker and currently as a committeeman, became the first person to train a double on the new track through the efforts of Kid Audacious and Harlon.
.
Fearnley Pumped for Traralgon Return
.
“There were plenty of highlights on the night,” said Traralgon GRC President, Don Haley. “We had about 250 people through the gates without doing any advertising at all, and we couldn’t have held many more because a few areas are currently roped off with grass growing as so forth.”
. 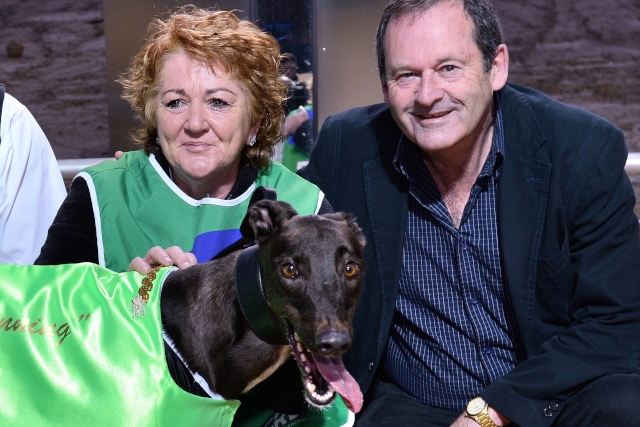 Don Haley with Jesaulenko and trainer Terri Morris after the greyhound won the first official race on the new track on Saturday.
.

Haley said that while there is a sense of pride among trainers in the Gippsland region about the revamped venue, there were a number of non-racing people at the track on Saturday.

“There were a lot of new faces, which was terrific, and it is only a matter of time before the big trainers from the Geelong region start heading here to race their dogs. No doubt they are waiting to see how the track pans out in the early meetings before they commit to coming here, but we expect to see them over the coming weeks with the Traralgon Cup coming up next month,” he said.

Fearnley’s feat was later matched by Ken Height and Rodney Clark, with the latter enduring a seven hour round trip from Toolleen to be part of opening night.

A Bucks Party added further colour to the night with the groom-to-be and his sidekicks dressing up for the occasion, while Ready 2 Race greyhound Waterfront got up as the reserve in Race 9 paying a massive $48.20.

“The beauty of this track is that as a spectator you are so close to the action. It’s really close and personal, which is something we haven’t had here at Traralgon before. It’s very exciting,” Haley said.
.